UNISON NEC ELECTIONS – USE YOUR VOTE 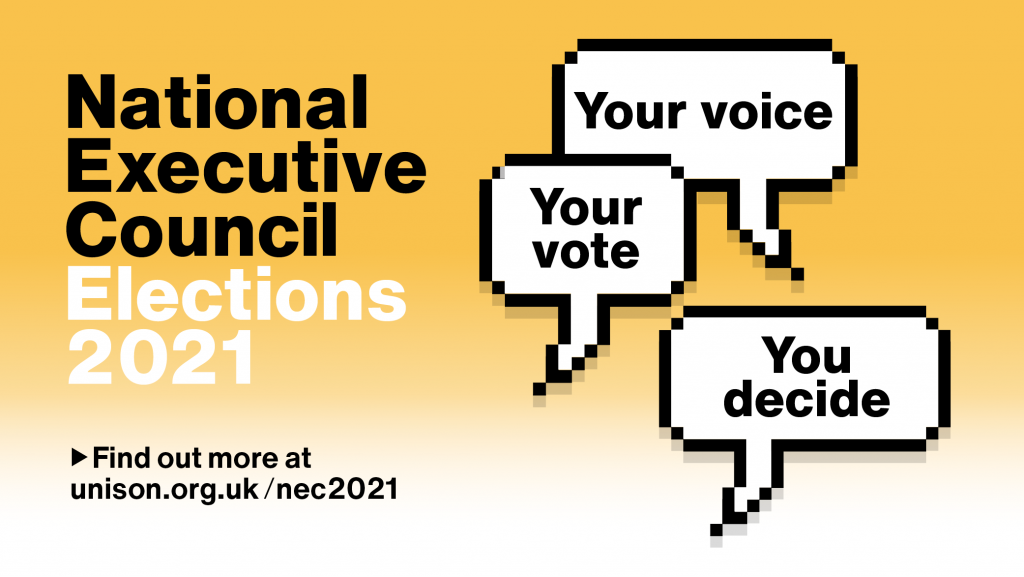 The UNISON National Executive Council (NEC) elections begin on 4 May and ballot papers will be arriving through your doors shortly. These are important elections and will decide who leads your union over the next 2 years.

If you haven’t received a ballot paper by 14 May please contact us.

Ballot papers must be returned by 27 May.

We nominated these candidates because we believe they represent the best possible team for ensuring the change we need to see in our union. We want a fighting, democratic union – which is truly member-led,- that campaigns vigorously to improve the pay, terms and conditions of members – including taking strike action. A union not afraid to tell Councillors to make a stand and reverse the cuts – whoever runs the council. A union which stands up to racism, sexism, disablism, LGBT+ phobia and all forms of discrimination. One that supports branches taking strike action and initiates national action where necessary.