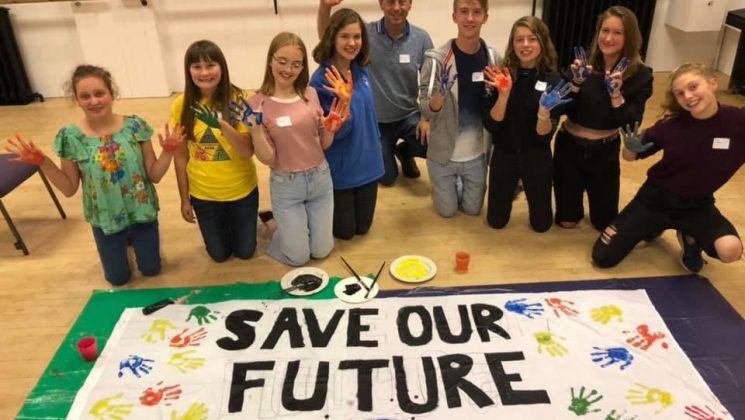 Members of UNISON in Surrey will be holding a rally – a ‘Picket for the net’ – on 20th September at 12pm outside Guildford Railway station.

School students will be walking out of (or picketing outside) a number of schools in Surrey and meeting up at 10.30am outside Holy Trinity Church in Guildford High Street. They will then march through Guildford to the Borough Council Offices and deliver letters to the councillors, before marching up to the train station to join with the UNISON rally at 12pm.

UNISON nationally are having a UNISON Green Week from 16-20 September. We have been championing the green agenda for many years and the school student strikes have really brought the issue to the fore. We believe we need a government which will take this issue seriously and take over those huge, profit-hungry companies which are destroying our planet. We need socialist change – not climate change.

Currently politicians are arguing over deal or no-deal, Brexit or Remain, but in the real world the Amazon is burning, our oceans are dying, energy companies continue to profit from fossil fuels and in Surrey our airports continue to expand, incinerators are being brought online and fracking is causing earthquakes. I hope that the energy and commitment of these young people can be a spur, part of a massive movement of the trade unions and working people to transform society in the interests of the many, not the few.’

‘The Trades Union Congress is meeting week beginning 9th September. One of the biggest questions on their agenda will be the issue of climate change. Surrey County UNISON calls on all union reps attending that event to support calls to back the school students strike on 20th September’